The length of the wreck is at roughly 56m. There are usually two descend lines attached, one at the back and one at the front. 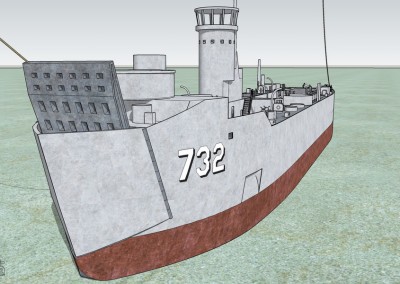 The ship used to sail under the Thai Navy registration number 732. At the bow the ships features a large landing platform which is tilted up behind the bow doors. 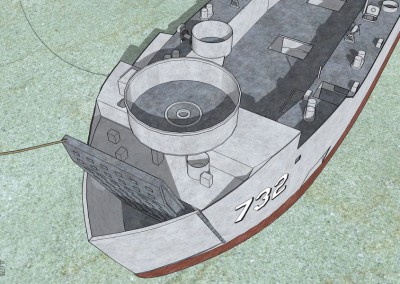 A 40mm gun turret crowns the front. The small turret behind it is the 40mm gun director’s turret. 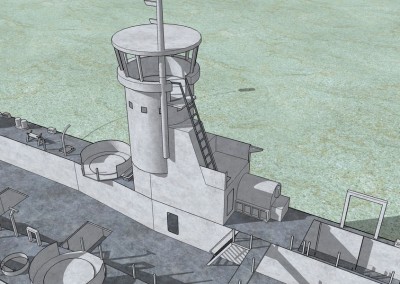 The tower marks the center of the ship. A small catwalk bridge connects the two sides. The openings behind the catwalk lead to the engine room which is sufficiently lit for exploration. 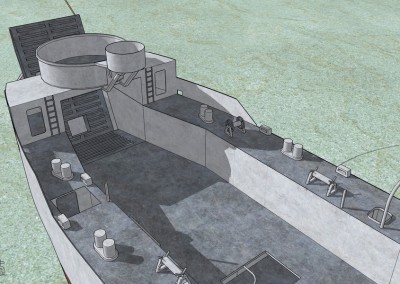 The main deck has 4 purpose cut openings which lead to different areas of the lower deck. Top view of the vessel. 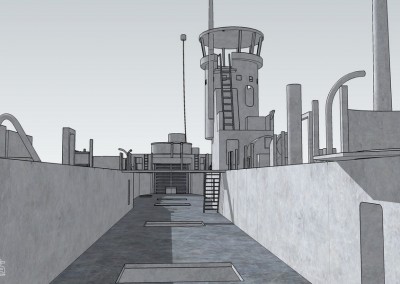 The main deck was used for armoured vehicles and small tanks which would then be beached via the landing platform. At the tower you will find the wheel house and the conning station atop.