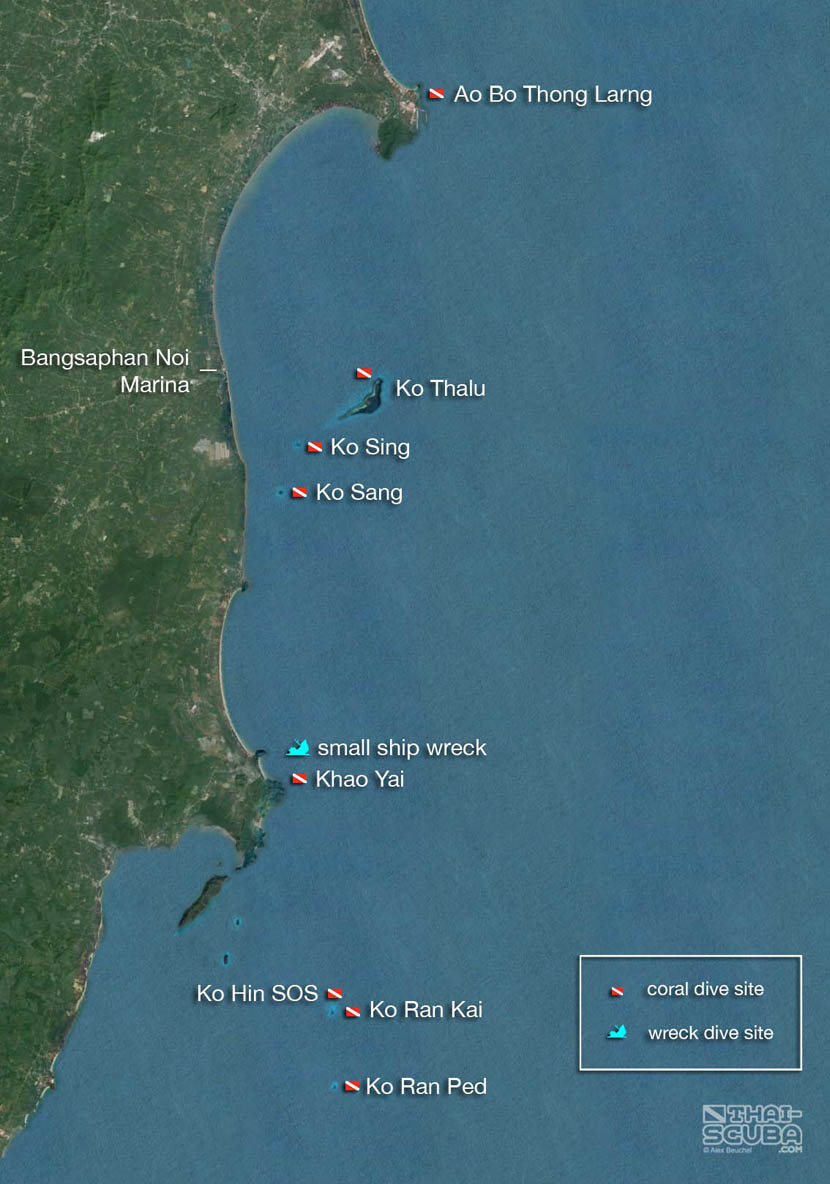 The small diving scene of Prachuap Khiri Khan province is located at its southernmost end at Bangsaphan Noi, thus neighbouring Chumphon province. Most boats leaving Bangsaphan Noi for the most prominent island Ko Thalu are snorkel day trip tours, but an increased interest of the scuba community led to the recent development of the region as a divers playground.

The region features a number of individual characteristics, such as the abundant colonies of black coral unlike any other Thai dive region. The most exciting part, however, is that most dive sites offer the thrill of spectacular cave penetrations and swim-throughs! 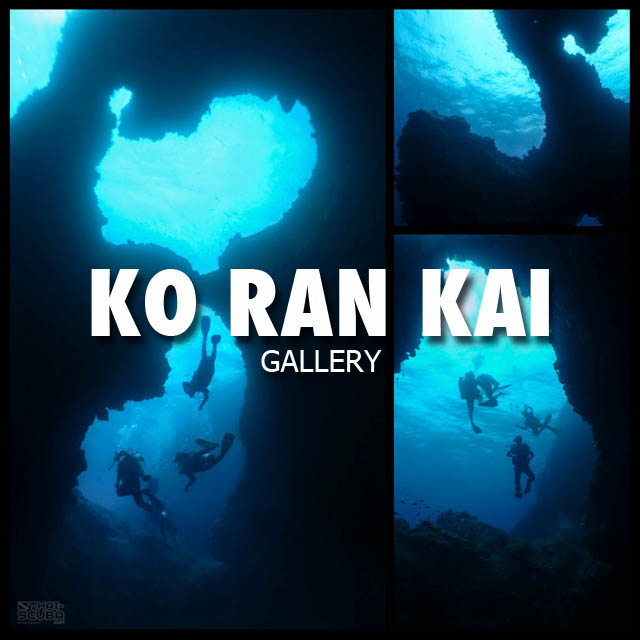 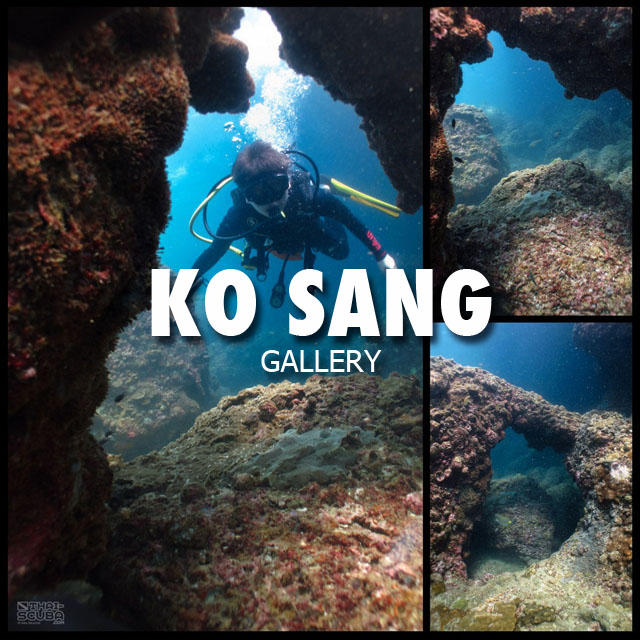 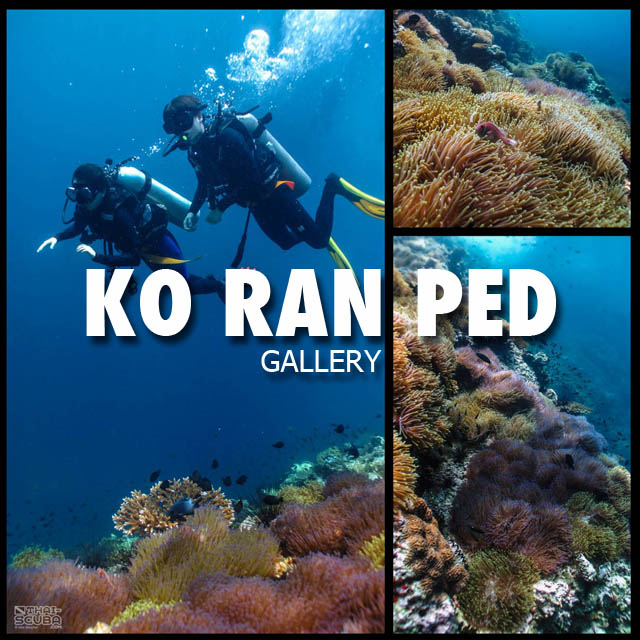 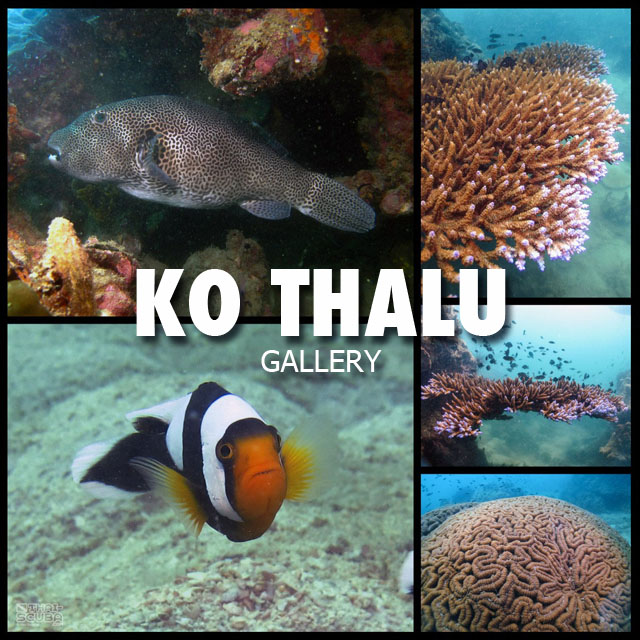 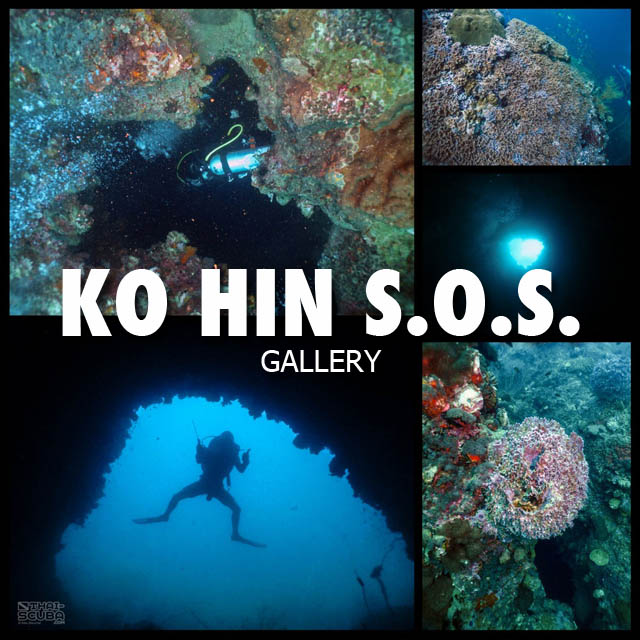 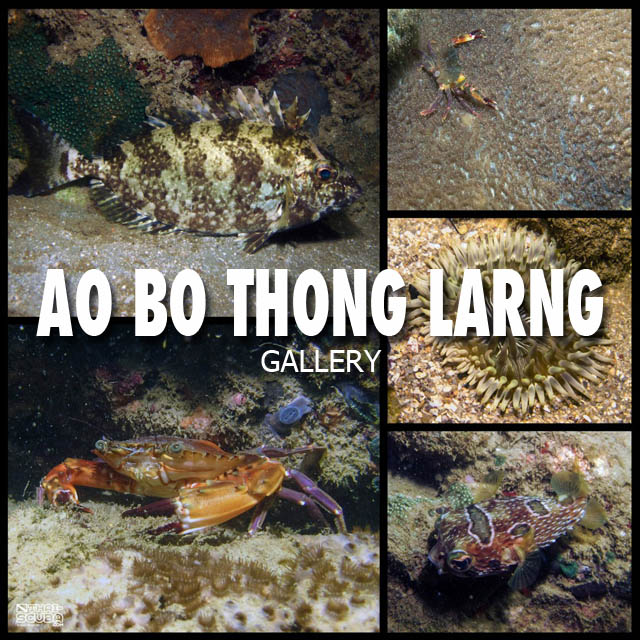 WANT TO GET WET YOURSELF?

Here an overview of the Prachuap Khiri Khan/ Bangsaphan Noi dive centers with links to their websites!

All content – copy, photography, illustration and layout – is the original creation and property of Thai-Scuba.com unless otherwise stated in individual credits of other contributors, none of which may be copied, duplicated or used for any commercial purpose. The same applies to any material relating to Pattaya-Scuba.net, the previous domain name of Thai-Scuba.com.

Thai-Scuba.com is NOT a dive operator, not affiliated with any and not endorsing any company or organization in particular. The aim of this website is to showcase the excitement of diving in Thailand, to enrich divers’ diving experiences through education and information, and to help promote the sport of scuba diving as a whole.