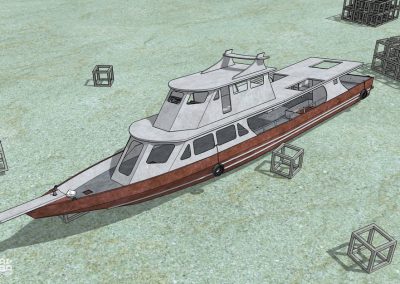 The wreck once served as a dive boat and now lies at roughly 21m depth. 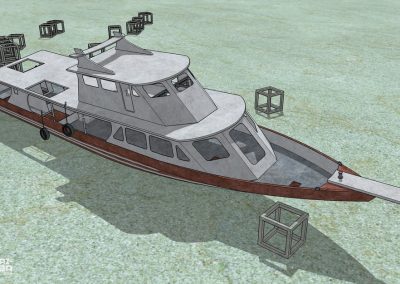 The area surrounding it is mostly sandy bottom. A number of artificial reef concrete cubes have been dropped in the area to help attract marine life. A former diver platform is attached to the stern of the hull. 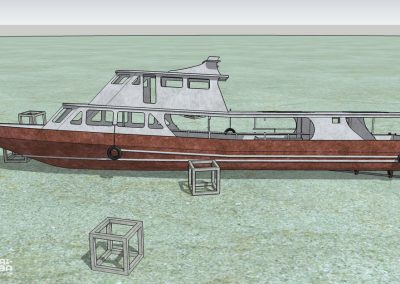 Compared to a number of other dive and snorkel ships, the Harruby is actually designed with a nice streamline silhouette. 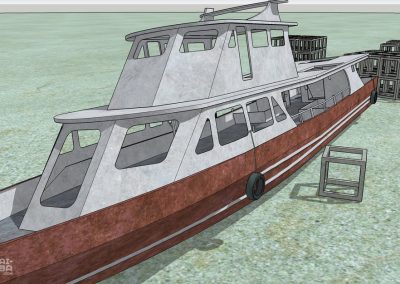 A total of 2 upper decks emerge from the hull of the Harruby. A long extension on the bow almost resembles a spring board. However, given that on any Thai ship this part of the ship is sacred it was most likely never used as a bounce board. A lot of the original car tires are still attached around the wreck which used to cushion the ship as it was moored. 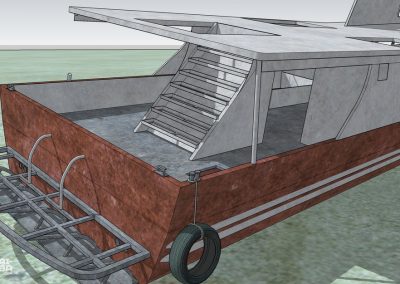 At the stern a generous stair case leads up to the upper deck level. 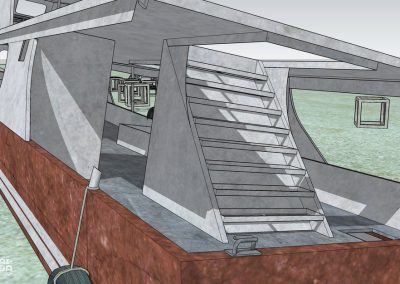 It is possible to dive forward on both sides of the stairs. On both sides of the ship, you will find toilets and sinks in the small booths. The entire upper deck is mostly unobstructed and open to all sides. Ideal for beginner or student wreck divers. The forward door leads out to the tip of the hull where you will find the ‘mystery sink’. Looking backwards. The areas beneath the rectangular frames used to house the engines. Top view of the forward part of the wreck. 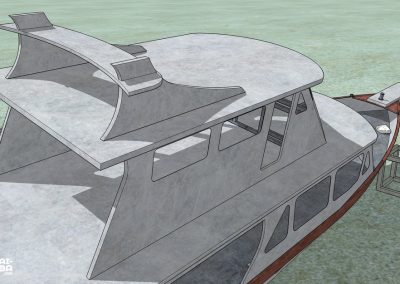 The bridge is crowned with the rig used to mount the antennas and navigation instruments. 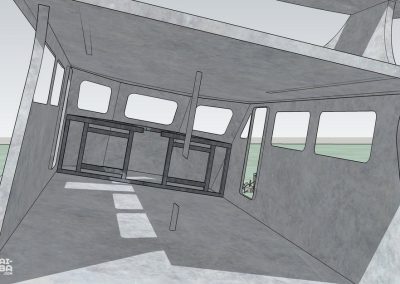 Looking inside the captain’s bridge. Top view of the full wreck. Area view which shows the position of the other smaller Thai fishing boat wreck. 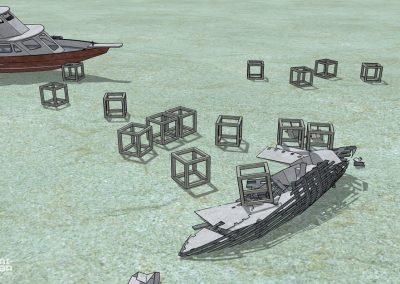 A trail of concrete cubes leads over to the second wreck so it can be found easily even in low visibility. 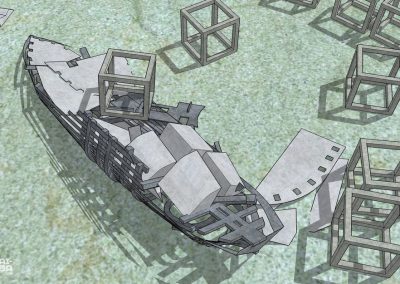 The upper structures of the ship have all but collapsed and only a part of the hull still resembles the shape of a ship. 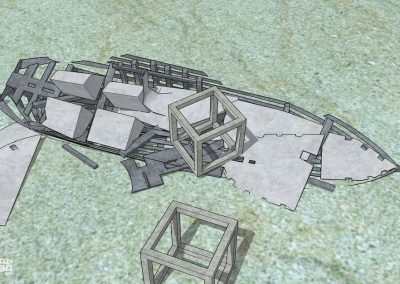 A concrete cube had been placed right on the wreck back in 2014 to keep the collapsing parts in place. View from the small wreck over to the Harruby. 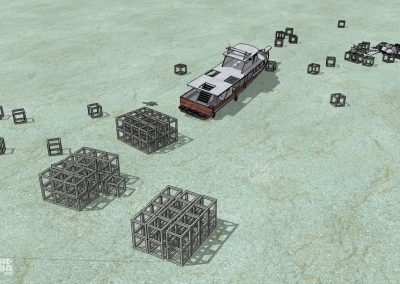 At the stern of the Harruby, larger clusters of cubes offer interesting swim-through opportunities. Be careful not to damage any of the slowly growing marine life.