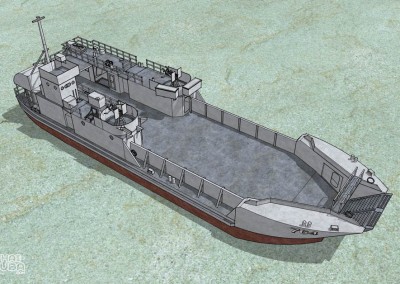 Under the flag of the Thai Navy the whole ship was covered in sunshades. Unfortunately all the frames had been removed before sinking her. 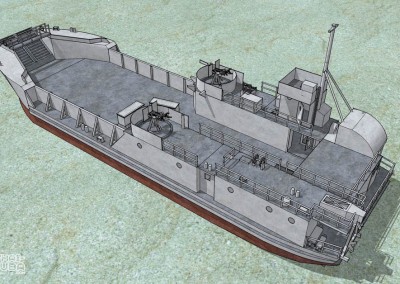 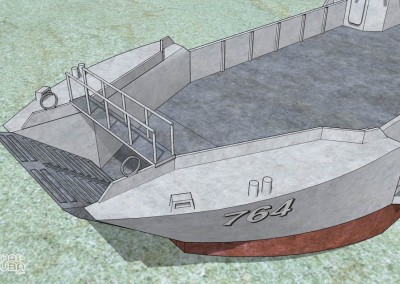 The forward catwalk and the registration number 764. 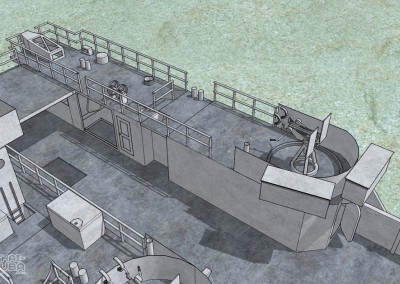 At the port side, the anchor winch and all massive machinery had been stripped before sending her down. 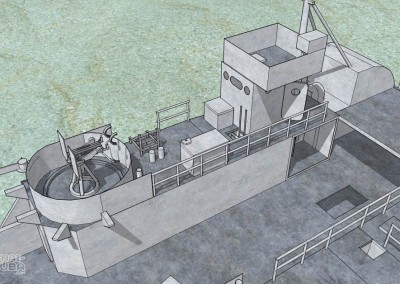 At the starboard side, two large boxes are still in place. The sunshade frame above the tower is gone. 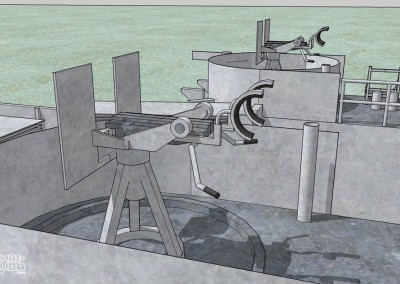 Surely the highlight for any diver: the 40mm gun mounts. They still rotate freely, so on your dive make sure to give them a full 360 to keep the ball bearings barnacle free as long as possible 😉 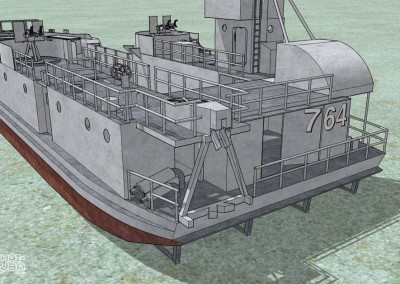 The anchor bracket is broken off. The rear gates still open and close. 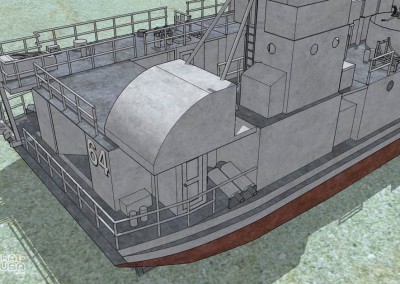 The area behind the tower. 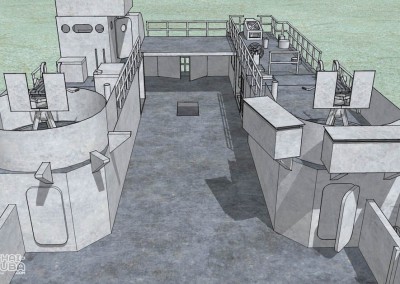 The ammo boxes at the port side are in place, but are removed at the starboard side. 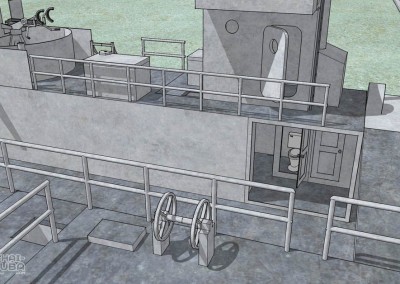 Below the bridge are two toilets – the doors open. This bulkhead had been opened for easy penetration. 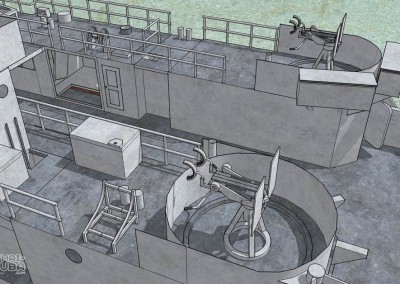 The starboard gun turret has a full circle shield while at the port side it is only U shaped. 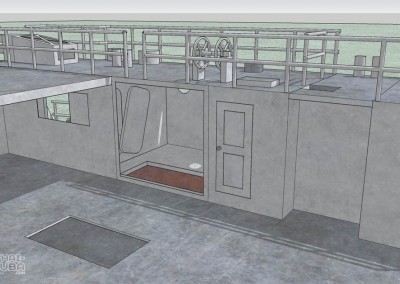 Another purpose-cut opening at the port side cabins. A large hatch also allows access to the hull below which is connected to the engine room. 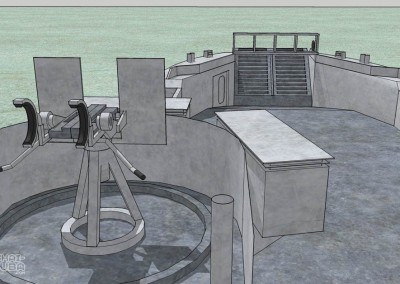 View from the gun turret forward. The inner ammo box is not aligned with the direction of the ship. 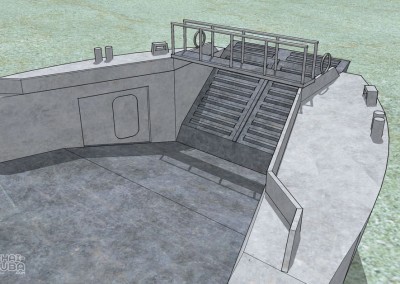 Doors open to the areas left and right of the landing platform but the insides are very small and do not lead anywhere. 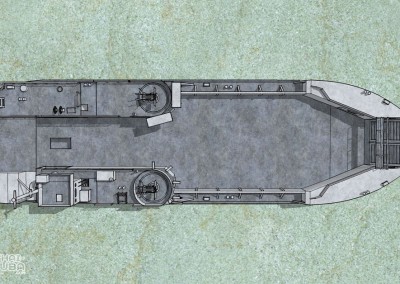 Overview from the top.

VIEW THIS WRECK IN VIDEO & ANIMATION

Here an exciting video combining animation of this 3D model with with dive video footage produced by Thai-Scuba.com (previously Pattaya-Scuba.net).